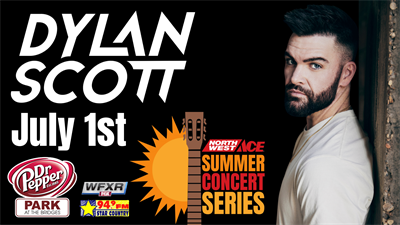 ALL SHOWS ARE RAIN OR SHINE
Schedule subject to change without notice
Gates Open at 6:00pm

Shuttle service begins from the Carilion Riverwalk Parking Garage at 5:45pm.
The Bank of Botetourt box office opens on-site at 6:00pm.
Will call is located where tickets are sold at the entrance.

We accept cash or credit cards. Outside food and beverages are NOT permitted. Food will be available onsite from local food vendors. Beverages for the concert will include Pepsi products, beer, and wine from Blue Ridge Beverage.

Please check out the Buffalo Hemp Company's Smoke Zone, our new designated smoking area sponsor. Be sure to visit them in Roanoke, Floyd, and Blacksburg!

PARKING: Please park at the Carilion Riverwalk Garage (beside Honeytree) and ride the FREE shuttle sponsored by Downtown Roanoke Inc. It is a very short ride that delivers you right to the front gate! You will see directional signage on South Jefferson when you get close.

SEATING: Bring your own or rent one of our chairs at the event. Chairs can be rented at the Beer ID tent.

Curb Records recording artist and 2021 CMT Music Award winner Dylan Scott is the total package – a powerful singer with a deep, resonating drawl; an old-soul songwriter with a young spirit; a heartthrob with an easy smile; and a dreamer who followed in his father’s footsteps to Nashville. The Double Platinum-certified “My Girl” became his first #1 at radio, followed by Platinum Top 5 single, “Hooked,” then his latest #1, the Gold-certified “Nobody.” His Nothing To Do Town EP hit #1 on the Billboard Country Album Sales chart, and the project’s title-track has been certified RIAA Gold, as was his self-titled debut album.  With career on-demand streams at 1.2 billion, the Louisiana-native has headlined shows and opened for Garth Brooks, Luke Bryan and Chris Young. Scott garnered his first career nomination for Best New Country Artist at the all-genre 2019 iHeartRadio Music Awards and was named among Country Radio Seminar’s coveted New Faces of Country Music® Class of 2019. Additionally, he released a seven-song EP honoring legendary singer/songwriter Keith Whitley with An Old Memory (A Keith Whitley Tribute). Scott is currently direct support on Luke Bryan’s 2021 “Proud To Be Right Here” tour, which kicked off on July 8, and runs until October 16. Dylan's current radio single is "New Truck.”